What started as Google Docs has over the passage of time evolved into a more robust office suite and is even giving Microsoft a run for its money. The reason is the option to create, view and edit documents in famous Office formats, as well as cloud based integration. The fact is that Microsoft took a while to realize the potential threat that Google posed towards its Microsoft Office suite. It took a long time for Microsoft to release cloud integration for Office apps via Office 365 and later through their free web apps, now known as Office Online.

In what is to follow, we will provide you with an overview of Google Slides and compare its features with the PowerPoint web app for Office Online, now known as PowerPoint Online.

Related: Read all about the free Microsoft Web App for PowerPoint

As is evident from the above comparison, PowerPoint Online in this case wins by a mile.

Creating and Editing Presentations in Google Slides and PowerPoint Online

Who Has The Better Templates?

A while back there wouldn’t have been much discussion about this topic but since Microsoft launched PowerPoint Online Templates, we can safely say Google is lagging far behind in the provision of quality themes. 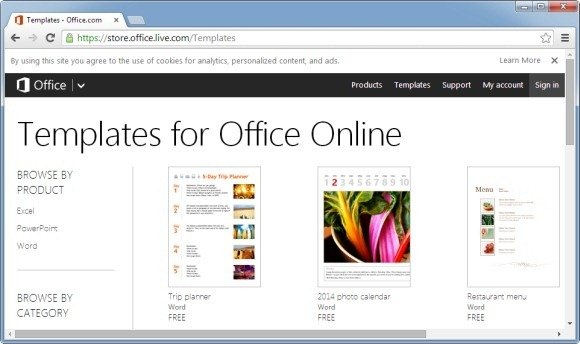 If Google intends to counter the newly merged threat of Office Online, it needs to start offering some good themes for end users.

This too seems like a tie, as both OneDrive and Google Drive offer good sharing options, including the utility to privately share files with other users.

Which is Better at Presenting Presentations from a Browser?

The answer to this question is simple, Google’s presentation mode for Google Slides is much better than what Microsoft has to offer. See the below images for a comparison.

This is at least one place where Google beats Microsoft by a mile. While Microsoft has launched a mobile app for Office 365 users and PowerPoint Online can technically also be accessed from a mobile browser, Google has much better mobile apps, including an Android app for Google Slides, Google Drive apps for multiple platforms and not to mention the application suite that Google bought a while back called QuickOffice. 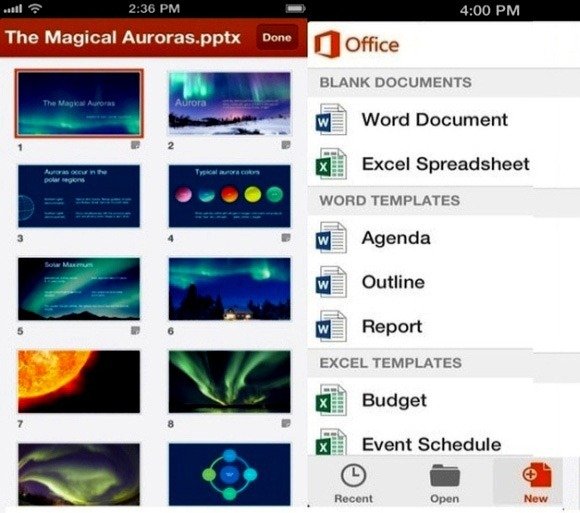 Even in terms of features, Office apps by Microsoft lack features beyond Windows based devices and it’s Office 365 app for iOS has been criticized for not allowing to create new presentations from scratch, which greatly reduces the utility of having PowerPoint on a mobile device.

While Microsoft has caught up to Google by providing of both free and paid Office apps for end users, it is far from beating Google at this game. The reason is that despite the superior features of Office Online apps like PowerPoint Online, users are more likely to have a Google account than a Microsoft account. Moreover, arguably many people don’t yet even know about PowerPoint Online but are quite familiar with Google Drive’s web apps. Another area where Google scores big time is the availability of the Google Slides Chrome Extension, which is hard to match, even for Microsoft, considering it’s nowhere near winning the browser wars yet.

To try out both these cloud based presentation apps, see the links given below.